(Juniors and Seniors Only)

Congrats to Allie Skaggs, Emory Donaldson and Skylar Lee on your selection to the 2019 All-7th Region Team

Congratulations to 2018 Za'Kiya Sizemore on your decision to play college softball at Lindsey Wilson College!

Allie Skaggs named to the

representing Ballard at the East West All Start weekend at EKU

Congratulations to Alivia for being selected by the coaches to represent Kentucky All-Stars when they face the Tennessee All-Stars!

(Juniors and Seniors Only)

Coach of the Year

Player of the Year

Shelby Kelley and Allie Skaggs on your

selection to the 2018 All-7th Region Team

Congratulations to 2018 Shelby Kelley on her decision to play college softball at Clemson University!

Applauding our 2018 Madison Alexander on her verbal commitment to continue playing softball at Missouri Valley College!

Bravo to 2018 Kristen Klimesh for her verbal commitment to play college softball at Georgetown College!

Congratulations to 2020 Allie Skaggs on your verbal commitment to play softball in college at the University of Arizona!

We are excited share that 2018 Pitcher Alivia Sinnott has verbally committed to continue her softball career in college at the University of South Florida!

Shelby Kelley and Allie Skaggs on your

Congratulations to our 2017 Senior Outfielder, Catie Barber, on signing your National Letter of Intent to play at the University of Louisville.  We are so proud of you! 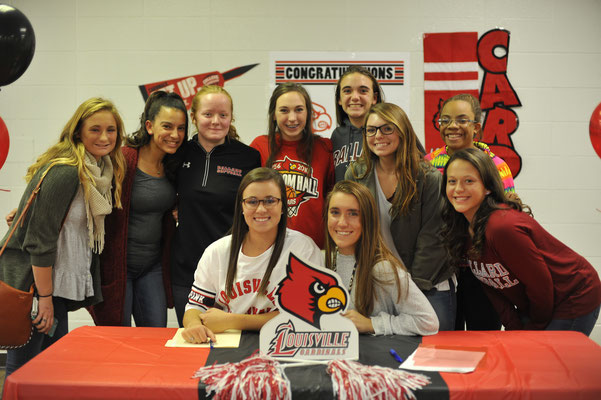 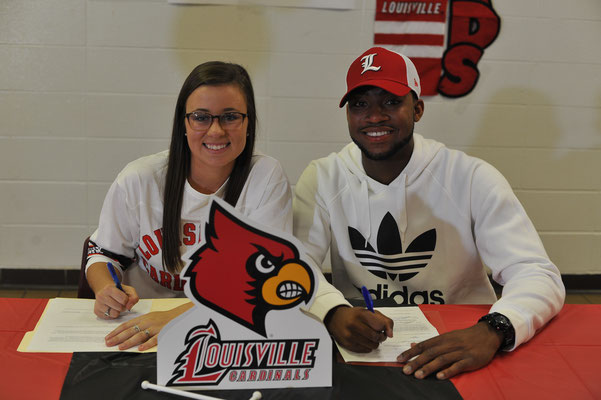 Catie Barber signs to play softball and Jo Adell signs to play baseball at the University of Louisville.  Congrats to these 2017 graduates and good friends.

Congratulations to Junior, Skyelar Houston, on being selected to the 2016 All State Honorable Mention team for Class 3A.   Great job Skye!

Congratulations to Juniors, Skyelar Houston and Catie Barber for Being Selected to Play in the 2016 East West All-Stars Games.

Congratulations to Senior, Alexis Smith, for Making the 7th Region All Tournament Team

Congratulations to Seniors, Brenna Dunlap and Akilah Mouzon as well as Junior, Catie Barber for Making the All-District Team

Alivia Sinnott  is not only having success on the softball field but she also had a great year on the swim team!  Alivia was named 2016 Most Improved Swimmer, All State Academic First Team,  in Regions she placed 4th in the 200 Medley and 200 freestyle relay, 13th in 100 backstroke and 12th in 50 freestyle.  She also earned her varsity letter!  Congratulations Alivia!  Go Bruins!

This award recognizes outstanding juniors across the state of Kentucky and Southern Indiana that show academic promise, intellectual curiosity and are civic minded.  The recipients must demonstrate a desire to learn through their various academic and extra-curricular activities while remaining in the top 20% of their class.

Congratulations to Sophomore, Kristen Klimesh and Junior, Andi Pignato on Being Inducted into the National Beta Club! 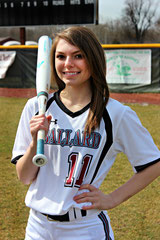 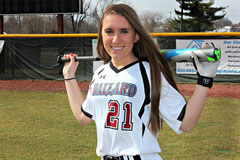 Congratulations to Sophomores, Alivia Sinnott and Macie Hollis on Being Inducted into the National Beta Club!

Congratulations to Junior Outfielder, Catie Barber, On Your Verbal Commitment to Play NCAA Division 1 Softball at the University of Louisville

Congratulations to Sophomore, Shelby Kelley, On Your Verbal Commitment to Play NCAA Division 1 Softball at Belmont University in Nashville, TN

Congratulations to 2015 Senior, Madison Kearschner, on Continuing Your Softball Career at the University of Kentucky! 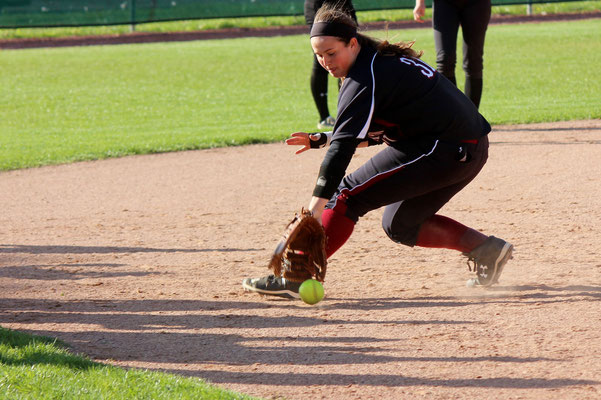 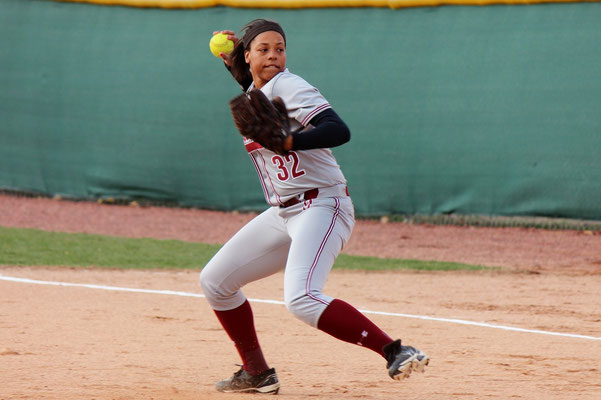 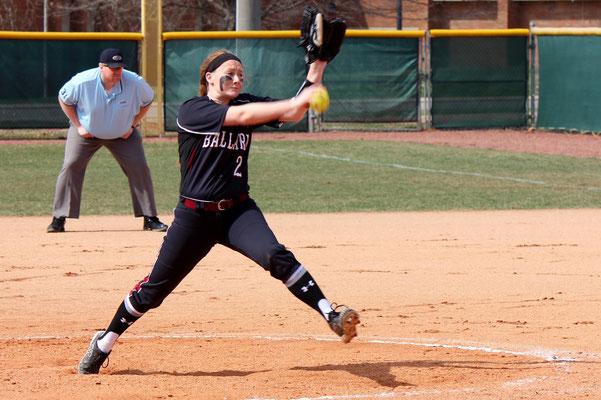 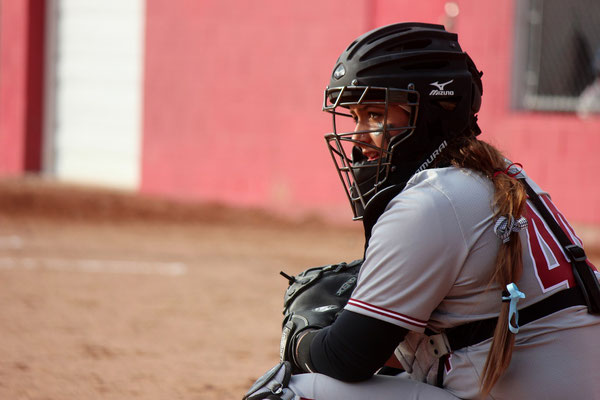 2015 Senior, Lex Hull signs her National Letter Of Intent with the University of South Carolina

It feels like a long time a coming for Ballard's Senior Catcher, Lex Hull, as she finally went on her "official" visit to Gamecock Country.  Lex went on her first unofficial visit her freshman year and gave her verbal commitment in the fall of her sophomore year.  Lex says she fell in love with the beautiful campus and wanted to be a part of building an up and coming SEC powerhouse program where she could make an immediate impact.  The Gamecocks have a new 8 million dollar softball stadium and this past year hosted the SEC tournament.  The 2015 class includes five recruits pictured below of which four are nationally ranked in the top 100 by Student Sports.   South Carolina earned its 17th bid in the NCAA Tournament this season and its second straight under fourth year head coach, Bev Smith.

Congratulations to #23 Ballard Lady Bruin Senior, Mac Henderson as she signed her NLI with the top notch NJCAA Division I Lady Lions of Wallace State in Hanceville Alabama .   Wallace State's Head Coach, Jayne Clem is committed to a winning tradition at Wallace State, and that drive is evident in her teams' accomplishments.  Behind the leadership of head coach Jayne Clem, the Wallace State fast pitch softball program is a national champion on the field and in the classroom. Wallace State softball won its second National Junior College Athletic Association (NJCAA) Division I National Championship during the 2013 season, adding to the first crown the program won in 2008. The Lady Lions were also national runner-up on two other occasions (2009 and 2010) and third in 2012.

Wallace State held its own as the defending national champion in 2014, finishing with a 44-26 record and earning its ninth consecutive Alabama Community College Conference (ACCC) Northern Division title.

Congratulations to all the ladies above for being selected for the 28th District 2014 All Tournament team including three Ballard Lady Bruins - pitcher, Shelby Kelley and outfielders, Madison Kearschner and Jessica Adell.  The Lady Bruins defeated Christian Academy to be crowned District Champions!

The 5-foot-6 junior right-handed pitcher and outfielder batted .461 with six doubles, 32 runs scored and 33 steals this past season, leading the Bruins (29-11) to the 7th Region semifinals. In the circle, the 2012 First Team All-State selection posted a 20-9 record with a 1.10 ERA and 210 strikeouts in 197.2 innings pitched along with eight shutouts.

Adell has maintained a 3.09 GPA in the classroom. She has volunteered locally as part of a fundraising campaign to benefit cancer research and as a youth softball coach.

“Jessica Adell can do it all,” said Ricky Hoffman, head coach of Bullitt East High. “She’s the best outfielder in the state, she pitches even though that is not her best position, and she can hit. She is one of the hardest outs in the state.”

Adell has made a verbal commitment to play softball on an athletic scholarship at the University of Tennessee beginning in the fall of 2014.

The Gatorade Player of the Year program annually recognizes one winner in the District of Columbia and each of the 50 states that sanction high school football, girls volleyball, boys and girls cross country, boys and girls basketball, boys and girls soccer, baseball, softball, and boys and girls track & field, and awards one National Player of the Year in each sport. The selection process is administered by the Gatorade high school sports leadership team in partnership with USA TODAY High School Sports, which work with top sport-specific experts and a media advisory board of accomplished, veteran prep sports journalists to determine the state winners in each sport.